Some 11 dead in terrorist attack on army base 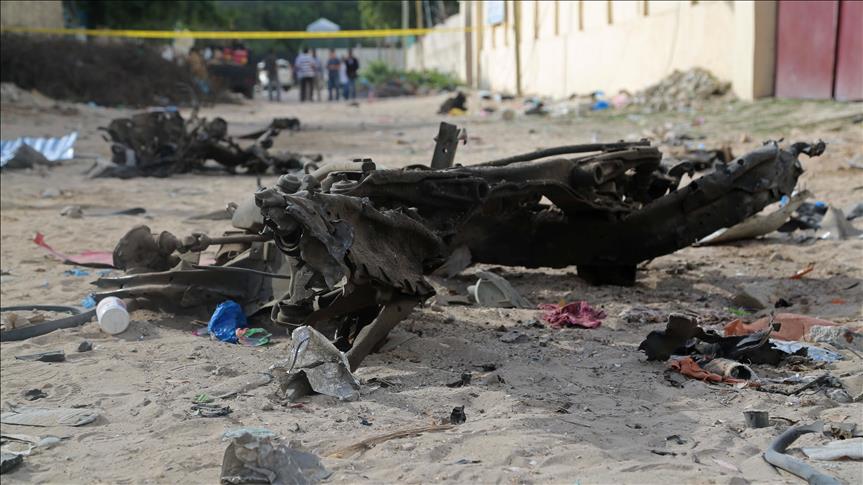 At least 11 people, including Somali government soldiers and al-Shabaab fighters, were killed when the terrorist group stormed an army base on Sunday morning, officials said.

Axar.az reports citing Anadolu agency that, Mukhtar Abdi Mohamed, a colonel from the Jubaland state, told local media that at least four soldiers and seven al-Shabaab militants were killed and more than 10 people from both sides were wounded when the insurgents attacked an army base in the town of Bulo-gadud near Somalia's port city of Kismayo.

"It was very early on Sunday morning when an al-Shabaab suicide car bomb exploded at our base, and minutes later fierce fighting took place," he said.

Gen. Ismail Sahardid from the Somali National Army told state-run news agency SONNA that it had killed more 20 al-Shabaab militants during the fighting.

"We heard a huge explosion, then two hours of fierce fighting took place," one eyewitness told Anadolu Agency, speaking on condition of anonymity due to safety concerns.

Bulo-gudud is located 30 kilometers (18 miles) from the strategic port city of Kismayo, itself 482 km (299 mi) south of the nation’s capital Mogadishu.