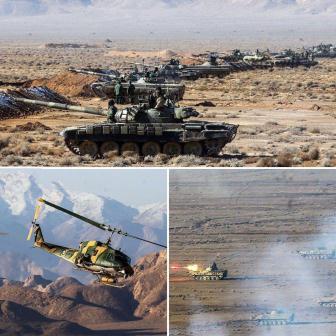 Iran's Army has kicked off unannounced military drills near the border with Turkey to test the rapid deployment of its forces in various conflict scenarios, says a top general.

The drills were aimed at evaluating the force's combat readiness in the northwestern parts of the country, General Heidari said.

"Unannounced drills test the combat readiness and the deployment procedures of the mobile strike forces, as well as rapid response units and the teams present in the field, did a good job," General Heidari added.

He said by announcing the drills, the Army sought to increase its readiness and strike capability while also boosting the ability of its forces to deploy and defend on short notice.