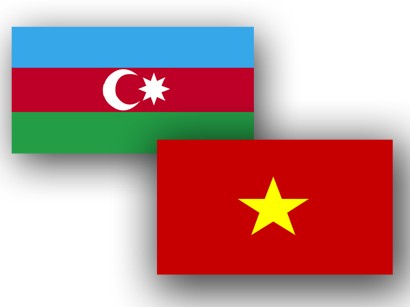 The first meeting of the Azerbaijan-Vietnam Intergovernmental Commission for Economic, Trade, Scientific and Technical Cooperation will be held in October in Vietnam, said Azerbaijan’s Energy Ministry in a message.

Preparation for the event was discussed during a meeting between Azerbaijan’s Energy Minister Natig Aliyev, who is co-chair of the commission from the Azerbaijani side, and Azerbaijan’s Ambassador to Vietnam Anar Imanov.

The sides discussed the existing potential for cooperation between the two countries in economy, trade and investments.

Imanov said the memorandum of understanding, signed by Azerbaijan’s state oil company SOCAR and Vietnam Oil and Gas Group Petrovietnam, contributes to the development of energy cooperation between the two countries.

The ambassador pointed to the importance of holding the meeting of the Azerbaijan-Vietnam intergovernmental commission in order to ensure the access of Azerbaijan’s oil equipment to Vietnamese market, the participation of Azerbaijani construction companies in infrastructure projects in Vietnam, and the bilateral cooperation in the fields of agriculture and tourism.

Natig Aliyev, in turn, noted that the Vietnamese market is attractive for the export of Azerbaijan’s non-oil products.

Moreover, there is great potential for cooperation between the two countries on alternative and renewable energy sources, added the minister.

Trade turnover between Azerbaijan and Vietnam totaled $17.53 million in H1 2016, which is 4.6 times more than in the same period of 2015, according to Azerbaijan’s State Customs Committee.