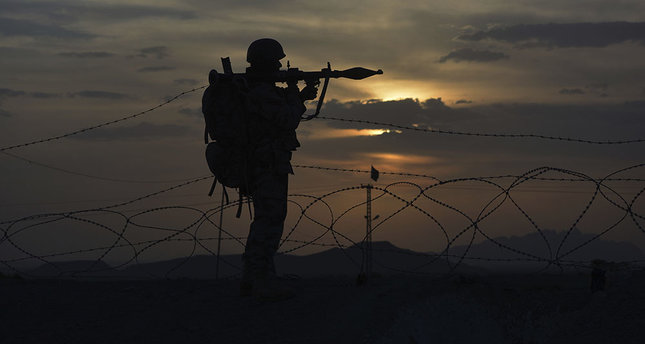 At least five Afghan checkpoints near the border with Pakistan were destroyed and 50 security forces killed in fighting in recent days, Pakistan's military said Sunday, even as Afghan officials dismissed the claims as "baseless."

Axar.az reports citing to Dailysabah 2 Pakistani soldiers were also killed in the fighting that began Friday and another nine were wounded, Maj. Gen. Nadeem Ahmad told reporters at the Chaman border crossing. Another 100 Afghan security forces were wounded, he said.

Najib Danish, spokesman for the Afghan interior ministry, disputed the account, however, insisting no checkpoints were destroyed.

"That is completely baseless," he said. He said two Afghan border police were killed in Spin Boldak on the Afghan side of the border and another 11 were wounded. He said mostly civilians were harmed in the attack.

The Pakistani and Afghan armies have been clashing at the Chaman border crossing in southwestern Baluchistan province since Friday. The latest round of clashes is a dangerous escalation in tensions between the two uneasy neighbors who share a 2,200 kilometer (1,375-mile) porous border.