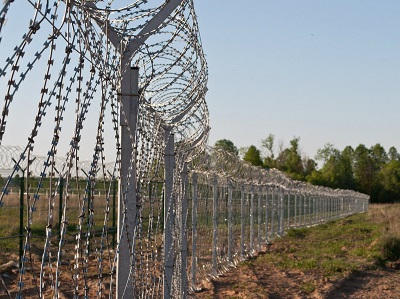 The State Border Service (SBS) of Azerbaijan has issued a statement about an armed incident at the border with Iran in Jalilabad district.

On 21 June 2018, at 02:45AM, there was an attempt to violate the state border near the Baykhanli village of Azerbaijan’s Jalilabad district, SBS press service told Axar.az.

The border guards used weapon against the trespassers who ignored their lawful warnings.

In the incident, soldier Ramazan Kurupov, drafted from Balakan district, received bullet wounds in the chest, arms and legs. The trespassers were unable to cross the border and were forced to retreat.

Soldier Kurupov was immediately taken to Jalilabad District Central Hospital by fellow soldiers. Doctors have had an urgent operation on him.

Immediately after the incident, Chief of the Azerbaijani State Border Service, Colonel General Elchin Guliyev and other senior officials visited the site, inspected the scene and gave necessary instructions for the continuation of operational-search measures.

Elchin Guliyev expressed his gratitude to the hospital staff for immediately operating and saving the soldier’s life and the Jalilabad District Police Department staff who donated blood for the operation.

Under the order of the SBS chief, serviceman Ramazan Kurupov was awarded the third degree medal "For Distinction in Military Service" for his outstanding merit while carrying out his duties.

Necessary measures are being taken in connection with the incident and a criminal case has been opened by the Military Prosecutor's Office.

A shooting incident between border guards and trespassers has occurred at Jalilabad district across Azerbaijan’s border with Iran.

Border guard Ramazan Krupov was admitted to Jalilabad Central Hospital after being wounded during the confrontation.

The condition of the serviceman undergoing intensive care at Jalilabad Central Hospital is not life-threatening but is assessed as critical.

The incident is under investigation.

The fate of the trespassers remains unknown.