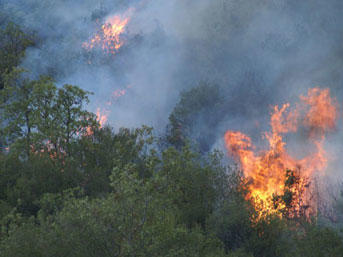 Forests are burning in the Havram district of Turkey’s Balikesir province.

It is reported that fire brigades have been sent to extinguish the fire, and six helicopters have been involved.

The fire covers a total area of about 10 hectares.

The causes of the fire are not reported.

The forests take over 27.6 percent of the territory of Turkey. Almost all of them are owned by the state.

More than 68,000 cases of forest fires have been recorded in the history of Turkey, since 1937.

More than 24,000 cases of forest fires have been recorded in Turkey in the last 10 years alone.