Over 40 people hurt in separatist protests in Barcelona 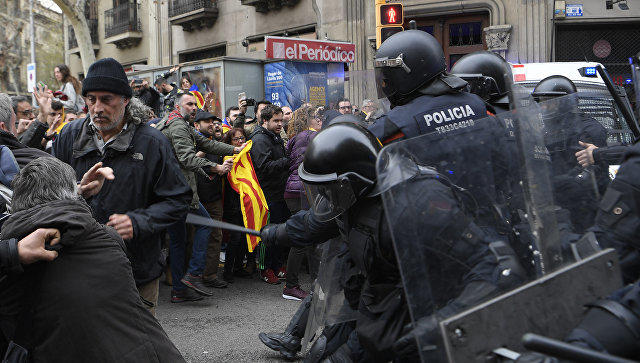 At least 44 people were hurt on Saturday in Barcelona during riots that flared up after Catalan pro-independence protests, local medics said.

Late on Saturday, demonstrators took to the streets to protest a court’s verdict in a case against Catalan politicians. The protests drew nearly 350,000 people. Later some 10,000 demonstrators rallied in front of the police department in Barcelona.

The protesters started throwing bottles at police officers, setting containers on fire, and police had to use force. Three activists have been hauled off.

Demonstrations have been held in Catalonia since October 14. They started after Spain's Supreme Court sentenced Catalonian politicians to up to 13 years in prison for organizing the referendum on the region's independence in 2017. The protests often sparked an unrest, with hundreds of people injured.