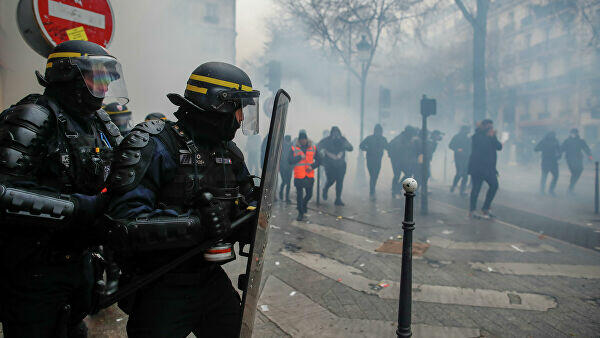 French Prime Minister Édouard Philippe has said controversial pension reforms are necessary to create a fairer system that "will be the same for everyone".

The move towards a universal points-based system has sparked outrage among unions, who say it will force staff to work longer to avoid reduced payments.

Mr Philippe said changes would apply to those entering work from 2022 and would not affect those born before 1975.

It comes on the seventh day of strike action across France over the reforms.

"The time has come to build a universal pension system... we are proposing a new inter-generational pact," Mr Philippe told reporters at a news conference in Paris on Wednesday.

He vowed to push ahead with the programme regardless of widespread protests.

Opponents of the universal pension system - aimed at rewarding employees for each day worked with points later transferred into benefits - say it is part of an assault on French values by President Emmanuel Macron.