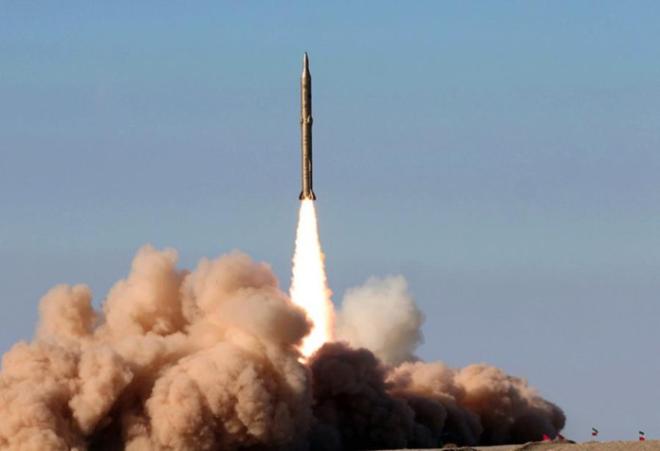 In fact, there is enough cause to assume that Iran has a “secret weapon” and can use it.

Russian historian and political scientist Oleg Kuznetsov told about this to Axar.az.

"I am not an employee of the foreign intelligence agency of any country in the world, so I cannot adequately value the statement of the Iranian Revolutionary Guard Corps' adviser. I can not and will not discuss the reality of Iran's "secret weapon" issue - all of this will remain a puzzle. But I would like to pay your attention to the two issues. Firstly, Gurban's statements were made after completely burnt down four ships in one of the ports of Oman, including two tanks belonging to Saudi Arabia. As far as I am concerned, responsibility for this diversion has not been officially disclosed to anyone. Thus, the press has published information that Iran has been actively struck and that the existing air defense systems, including the United States, have not been able to detect a strike. It should be reminded that however, the 6th Navy headquarters of the U.S was located in Oman, and if Iran really strikes it then this demonstration was considered not for the Saudis, but for Americans. Thus, it is the basis for Iran to say that it really has a "secret weapon" and is ready to use it," - Kuznetsov said.

The second nuance which is noted by the expert that the statement by Gurban is that the addressing of the retired 90 US generals of the US to Donald Trump coincides with preventing the war with Iran. Thus, American generals have hesitated that the war was a "second Vietnam" for the United States.

"Almost immediately, Trump while stepping back and said he was ready for talks with Iran. Thus, the US military-political elite understood that it was unnecessary to enter into such a war. Because they will not pay the loss of profit if they win the war. Even U.S. generals doubt that they will win with less bloodshed from this war. At this point, President Tramp stepped back on the conflict with Iran. In the near future, there will be no war. Only God can do what the events will do in the future. Because over the past 40 years, the US has been carrying out a hybrid war against Iran, and this does not seem to be the end" - said the history expert.

According to him, the war between the United States and Iran will cause a global humanitarian catastrophe in the South Caucasus region:

"As I have repeatedly told Azerbaijani journalists, this war will cause a multinational overcrowded refugee raid from Iran. First of all, ethnic Azerbaijanis will be willing to change their citizenship and country of residence with the fear of war. All riches, in one way or another, will go to Europe. All Iranians and Azerbaijanis will the incentive to live in the South Caucasus. The region will not be able to afford even one million refugees, and their number can reach 10-15 million. It will have undesirable results in the humanitarian and economic plan for Azerbaijan and the whole Caucasus. So everyone should pray for the not being of a war between Iran and the United States. "

Let’s remember that the Advisor of Iranian Revolutionary Guards Corps Commander Murtaza Gurbani said that he could send US military ships in the Persian Gulf to the bottom of the sea with the help of his country's secret weapons.