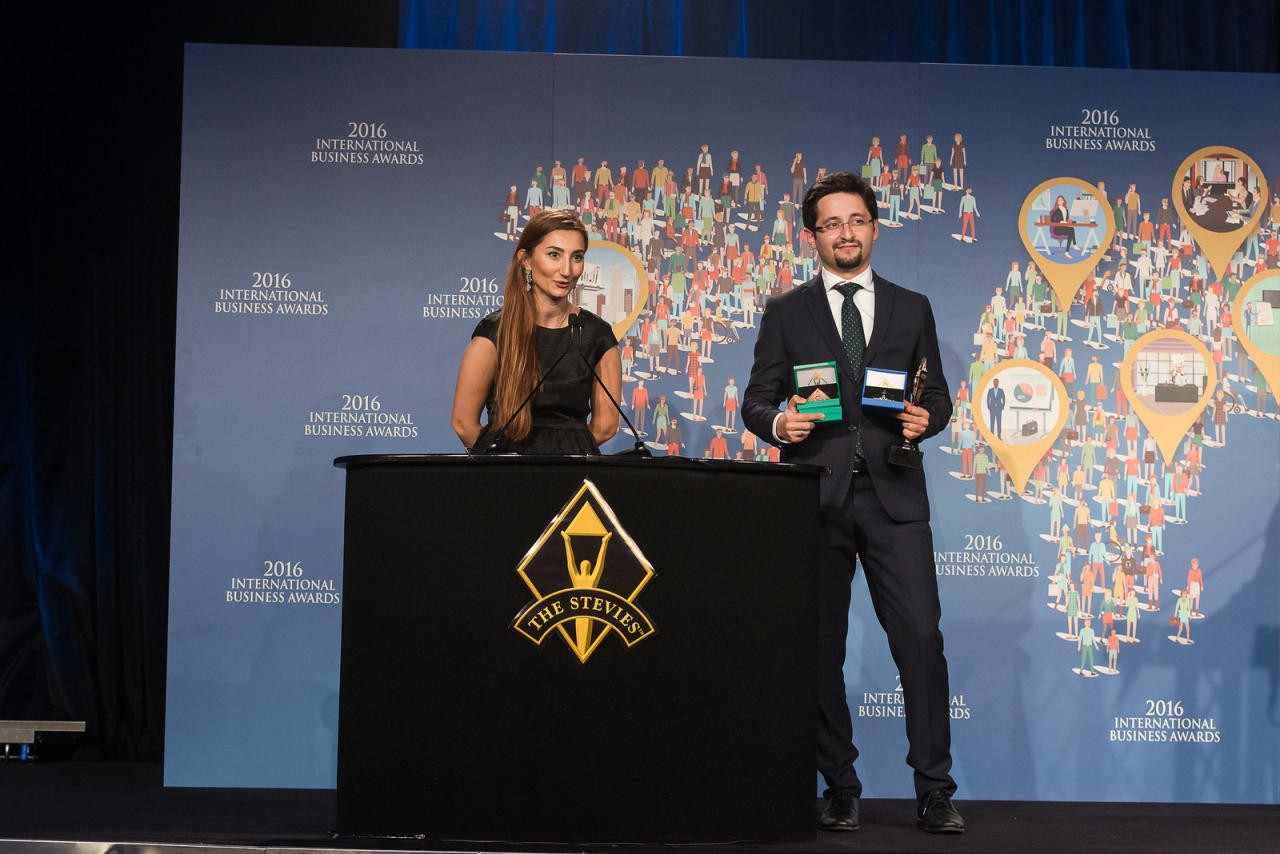 At the same time, Sumax company, established and operating under Barama Innovation and Entrepreneurship Center of Azercell, received a silver medal in "The startup of the Year" nomination. The official presentation ceremony took place in Rome, Italy.

Nigar Shikhlinskaya, head of Corporate Communications Unit and Imran Baghirov, head of Innovations and Entrepreneurship Unit at Azercell Telecom LLC, joined the gala night. Nigar Shikhlinskaya gave a speech in the event pointing out that all Azercell personnel played a great role in the achievements of the company. She added that the company is striving for making the lives easier by applying new technologies and innovations. Ms. Shikhlinskaya expressed deep gratitude to the board of judges for selecting Azercell in 3 nominations.

The board of judges took into account a range of important projects and initiatives launched by Azercell and awarded the company. According to the statement by the Board: "Due to military situation in the west borders of the country Azercell worked hard to provide its subscribers with stable connection and was able to expand its 3G coverage by 30% in the territories near the front line within a week during the intense fighting. This fact proves Azercell to be an exemplary mobile operator".

The startup company of Sumax operating under Barama Innovation and Entrepreneurship Center of Azercell won a silver medal for Innovative Automax project and the projects aimed for controlling various day-to-day processes. Automax, the first device of its kind in Azerbaijan, is designed to ensure safety of the vehicle and facilitate the work process through remote control.

The international board of judges is comprised of over 200 world-known business experts, entrepreneurs and businessmen. Stieve is aimed to increase the profile of successful companies in different countries all over the world. Back in 2011 Azercell received Stevie award in the nomination of "The PR Campaign of the Year" for its Corporate Social Responsibility projects, in 2012 in the nomination of "The Creative Team of the Year" for the environmental project entitled "Carbon Calculator". The Company received the prestigious award again in 2014 and 2015 in the nominations of "The best product of the Year" (Bolge tariff), "The Telecommunications Company of the Year" (for achievements in the field of telecommunications) and "The Best Customer Service of the Year" (Subscriber's Loyalty Index measurement project launch).

The leader of the mobile communication industry of Azerbaijan and the biggest investor in the non-oil sector Azercell Telecom LLC was founded in 1996. With 48% share of Azerbaijan’s mobile market Azercell’s network covers 80% of the territory and 99,8% of population of the country. Currently, 4,5 million subscribers choose Azercell services. Azercell has pioneered an important number of innovations in Azerbaijan, including GSM technology, advance payment system, 24/7 Customer Care, online customer services, GPRS/EDGE, M2M, MobilBank, one-stop- shop service offices Azercell Express, mobile e-service "ASAN signature", etc. Azercell deployed first 4G – LTE services in Azerbaijan in 2012. According to the results of mobile network quality surveys of Global Wireless Solutions company and international systems specialized in wireless coverage mapping such as "Opensignal" and "Testmy.net", Azercell’s network demonstrated the best results among the mobile operators of Azerbaijan.