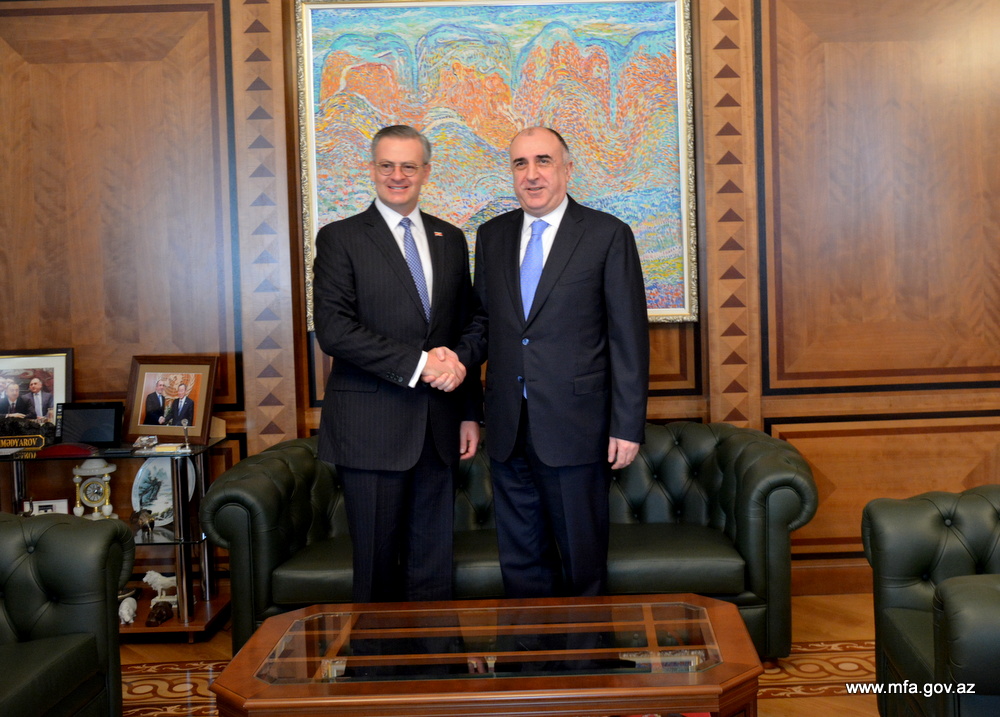 Minister E.Mammadyarov had a tete-a-tete and extended meeting with the participation of delegations with the Minister of Foreign Affairs and Worship of the Republic of Costa Rica, Manuel A. González Sanz, who is on a visit to Azerbaijan.

Noting the 20th anniversary of establishment of diplomatic relations between Costa-Rica and Azerbaijan, Ministers expressed their satisfaction with the positive development of political dialogue and mutual understanding over two decades.

Minister E.Mammadyarov gladly recalled his visit to Costa Rica in June, 2017 and talked about the importance of productive meetings, which were held in the framework of the visit, in further development of bilateral relations. He also noted that recently held political consultations would definitely advance relations in the various spheres.

Manuel A. González Sanz shared his positive impressions on his visit to Azerbaijan and highly appreciated the development of political dialogue and friendly ties between our countries.

The Ministers recognized that exchanging of diplomatic missions in both countries surely brings an additional boost to strengthening of mutual cooperation. In this regard, Manuel A. González Sanz presented newly appointed Charge d`affairs of Costa Rica to Azerbaijan.

Minister E.Mammadyarov welcomed the decision of Costa Rica to establish an Embassy in Baku, Azerbaijan.

The Ministers emphasized the wide range of opportunities for mutually beneficial cooperation in the economic-trade, tourism, energy, logistics, ports and maritime, investment and humanitarian spheres and noted the importance of promotion of direct contacts among business communities.

Manuel A. González Sanz congratulated Azerbaijan for a successful hosting of 2017 Formula 1 Baku Grand Prix and added that Azerbaijan become an excellent venue for such events.