Ministers of Azerbaijan and Armenia to meet 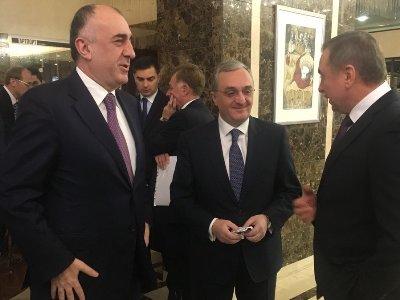 Axar.az reports according to Minister of Foreign Affairs of the Republic of Azerbaijan Elmar Mammadyarov and Foreign Minister of the Republic of Armenia Zohrab Mnatsakanyan taking part in the 73rd session of the UN General Assembly will have a meeting with the mediation of the Co-Chairs of the OSCE Minsk Group (Igor Popov of the Russian Federation, Stephane Visconti of France, and Andrew Schofer of the United States of America) in New York on September 26th, 2018.

The meeting will also be attended by the Personal Representative of the OSCE Chairperson-in-Office Andrzej Kasprzyk.

At the meeting the negotiation process on resolution of the Armenia-Azerbaijan conflict will be discussed.