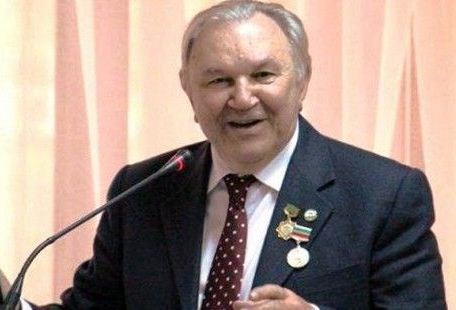 Armenia’s economic and military strength is nothing compared to that of Azerbaijan, Prof. Nadir Devlet, an expert on international affairs at Istanbul Aydın University, told local media.

He said that the international community is aware of the fact that Azerbaijan is more powerful than Armenia.


“If Armenia loses the support from Russia, it will be able to continue the occupation of Azerbaijani lands,” Devlet noted.

The expert recalled that in 1988, the Armenians of Nagorno-Karabakh decided to join Armenia, and after the collapse of the Soviet Union, the independent Azerbaijan began fighting to restore its territorial integrity.


“Armenia first occupied the Shusha, Lachin, Kalbajar districts and then, the Aghdam, Fuzuli, Jabrayil, Zangilan and Gubadli districts which were beyond the administrative boundaries of Nagorno-Karabakh,” said Devlet. “Then, the OSCE Minsk Group was entrusted with resolving the conflict by peaceful means. However, to date, the Minsk Group has failed to do anything for a just solution to the conflict.”

Russia wants the conflict to be unresolved and the preservation of the status quo serves the interests of several countries, according to the professor. “Do France and the US, where there is a strong Armenian diaspora, want the status quo to be changed?”


The expert noted that Azerbaijan and Turkey are brotherly countries. “Turkey stands for the liberation of Azerbaijan’s territories. It is repeatedly stated by Turkey’s president and other top officials.”


He went on to say that Armenia’s stance regarding the conflict shows the inability to resolve it through political means.

“Therefore, Azerbaijan should continue to build up its military power. All steps that Azerbaijan will take to liberate its occupied lands will be fair,” he added.


As for tensions in the relations between Turkey and Russia, the expert emphasized that it would be naive to expect normalization in the near future.