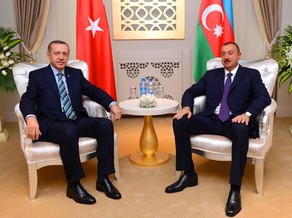 According to the press service of the President of the Republic of Azerbaijan, I.Aliyev has offered his condolences to Turkish President, relatives of victims and the Turkish people in connection with huge death toll as a result of triple terrorist attacks in Istanbul's Atatürk Airport on June 28.

President Ilham Aliyev strongly condemned dirty crimes of terrorists and stated that Azerbaijan as always stands by Turkey in this hard days.

In turn, Turkish President thanked for attention and condolence.