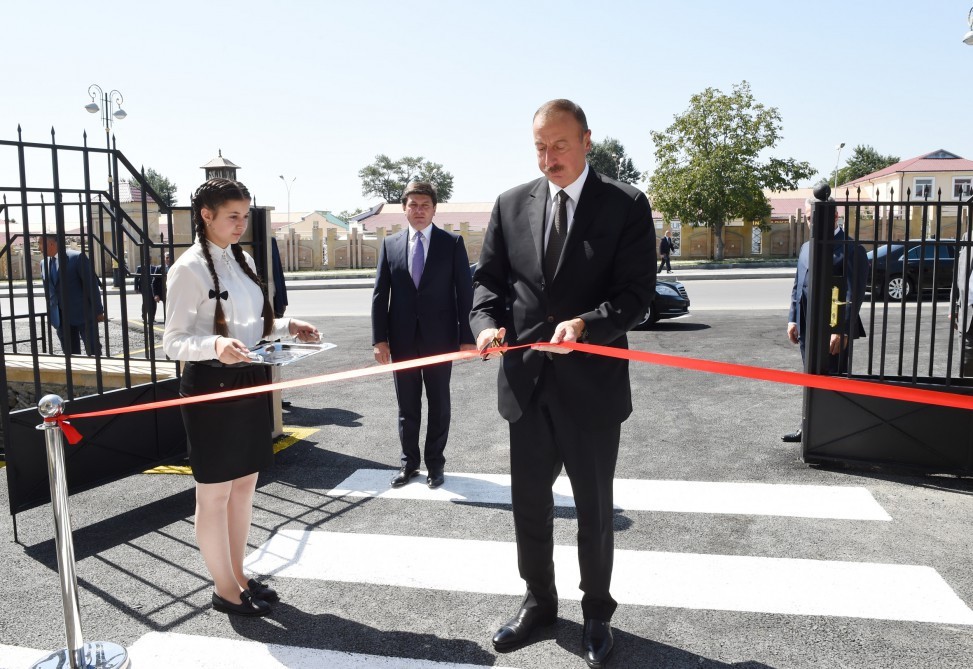 President of Azerbaijan Ilham Aliyev has attended the opening of a kindergarten in Qabala, the construction of which was initiated by the Heydar Aliyev Foundation.

The head of state cut the ribbon symbolizing the inauguration of the kindergarten.

The 100-seat kindergarten occupies an area of 3,300 square meters. Photo stands reflecting life and activities of national leader Heydar Aliyev and President Ilham Aliyev, as well as President of the Heydar Aliyev Foundation Mehriban Aliyeva`s attention to children were installed in the two-storey building. All conditions have been created here. The building houses an entertainment, sports and game zone, music and other training and teaching rooms. The green areas were laid out around the kindergarten.