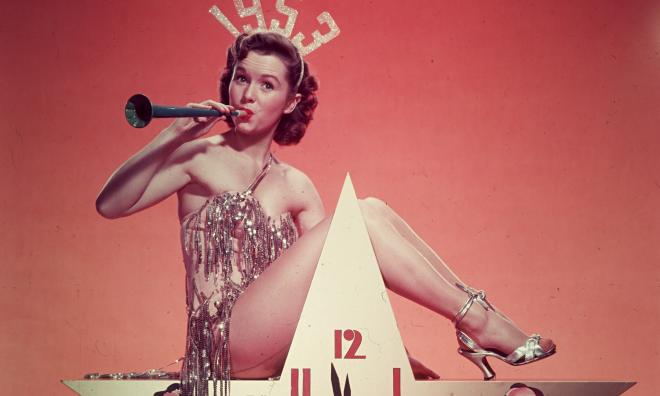 Debbie Reynolds has died after being rushed to the hospital Wednesday, her son told The Associated Press. She was 84.

Reynolds lost her daughter, Carrie Fisher, on Tuesday. Fisher died at a Los Angeles hospital days after suffering a heart attack on a plane last week. She was 60.

"She's now with Carrie and we're all heartbroken," Reynolds' son, Todd Fisher, said from Cedars-Sinai Medical Center, where his mother was taken by ambulance earlier Wednesday.

He said the stress of his sister's death "was too much" for Reynolds. Earlier in the day, TMZ and the Los Angeles Times said she suffered a medical emergency.

Stars pour their hearts out after Debbie Reynolds' death

TMZ said Wednesday morning Reynolds was at Fisher's home in Beverly Hills planning her daughter's funeral and may have suffered a stroke. The outlet reported Reynolds had been distraught since Fisher's health declined last Friday.

The Los Angeles Times also reported Reynolds was rushed to the hospital, adding that she complained of breathing problems.

The Los Angeles Fire Department confirmed they responded to a call for medical assistance from a house on Coldwater Canyon Drive in Beverly Hills (because the LAFD's station was closer) shortly after 1 p.m. local time. LAFD spokeswoman Margaret Stewart told that an "adult female" in "fair to serious condition" was transported to Cedars-Sinai Hospital, the closest to the address.

The Oscar-nominated actress had given periodic updates on Fisher while her daughter was hospitalized , first telling fans Fisher was "stable" and on Tuesday confirming her death with a touching note.

"Thank you to everyone who has embraced the gifts and talents of my beloved and amazing daughter. I am grateful for your thoughts and prayers that are now guiding her to her next stop. Love Carries Mother," she wrote on Facebook.

Reynolds previously suffered a stroke in 2015, which Fisher referenced in an interview with People in May while discussing her upcoming HBO documentary, Bright Lights: Starring Carrie Fisher and Debbie Reynolds (which her mother participated in). “It’s a lot of times terrifying, but watching my mother, who’s incredibly resilient, coping with certain health issues that she’s had,” Fisher said of Reynolds. “We were really lucky we got really what probably could be her last (big project)."

In June, Reynolds' son Todd told ABC News that "when (Reynolds) was in the hospital and barely recovering from an operation, she had a small stroke."

Last year, Reynolds received a Governors Award (though couldn't attend) and Screen Actors Guild Life Achievement Award. The latter was presented to her on stage by Fisher.