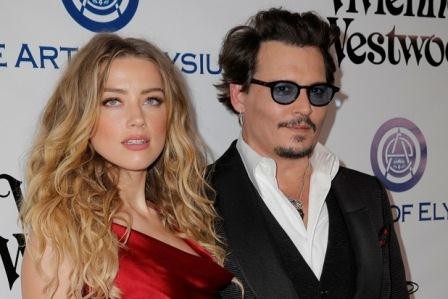 The actress Amber Heard has filed for divorce from her husband Johnny Depp after a little more than a year of marriage, People reported Wednesday.

The couple wed in February 2015 after meeting four years earlier on the set of The Rum Diary, in which they both appeared. They began dating after Depp separated from the French singer and actress Vanessa Paradis, whom he’d been with for 14 years.

For the most part, Heard and Depp’s relationship grabbed tabloid headlines for all the wrong reasons. A few months after they were married, the couple traveled to Australia, where Depp was filming the forthcoming installment in the Pirates of the Caribbean franchise. They brought with them their two terriers, Pistol and Boo — and failed to declare the dogs to immigration officials, a violation of Australia’s stringent animal-control laws. Legal and public-relations chaos ensued. Australian officials filed charges against Heard and threatened to euthanize the dogs; Heard and Depp then filmed a somber apology video, urging tourists to “declare everything when going to Australia.”

Heard and Depp’s representatives have not spoken publicly on the divorce.