No threats of Armenians can affect my opinion on Azerbaijan 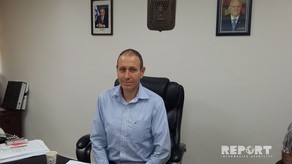 'Nagorno Karabakh is an Azerbaijani land. However, Armenian diaspora has repeatedly appealed to me over events implemented on Khojaly genocide, my answer was the same: 'I support the Azerbaijani people'.

The mayor added that no threats of Armenians can affect his opinion about Azerbaijan.

Sh.Lankri also stressed that the largest community of the Azerbaijani origin citizens is in Acre city.