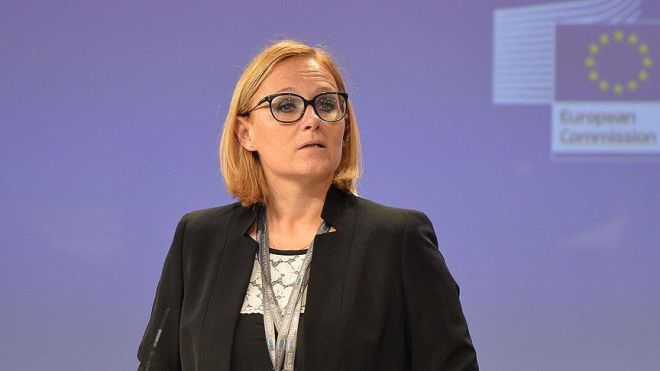 "The EU Commission meets all democratically elected political powers in Turkey. This is helpful and beneficial for EU-Turkey relations and the stable political climate in the country,” EU Commission spokesperson Maja Kocijancic told Anadolu Agency.

Asked by Anadolu Agency if the PKK’s activities throughout Europe contradict the EU recognizing the group as a terrorist organization, Kocijancic said:

"The EU added the PKK to its terrorist organizations list and took this decision with the consensus of 28 members. We regularly condemn violence and PKK attacks. You can see it in our numerous statements".

Sariyildiz is one of 15 HDP deputies for whom arrest warrants on terror-related charges were issued earlier this month, and there is a red notice out for Doru’s capture.

Sariyildiz failed to appear to testify in a terrorism investigation in Turkey and there is also video footage allegedly showing him transporting weapons for PKK terrorists.

The PKK – listed as a terrorist organization by Turkey, the U.S., and EU – resumed its decades-old armed campaign in July last year. Since then, more than 300 civilians and nearly 800 security personnel have been martyred. Around 8,000 PKK terrorists have been killed or apprehended.