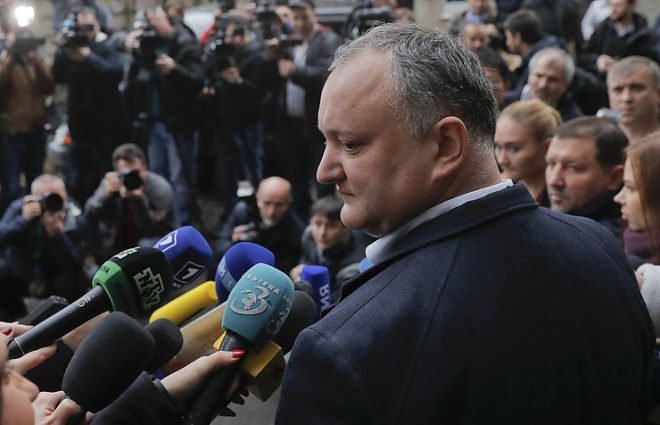 Moldova’s President-Elect Igor Dodon wants his compatriots to feel as proud of their homeland as the Russians feel proud of Russia.

He said it in an interview with the Moscow-based Zvezda TV Channel.

"A certain part of our society would like to see unification with Romania and another part would like NATO membership," Dodon said. "We don’t have the patriotism you have. I’d like to do the same thing in our country - to enable people to take pride in it."

"I’m looking at the Russian citizens with admiring envy because you have such a leader (President Vladimir Putin - TASS)," he said. "I think your President has done much to consolidate patriotism and foundations of the state because it’s very important.

"A country doesn’t have a future without it and that’s something we’re short of at the moment," he said.