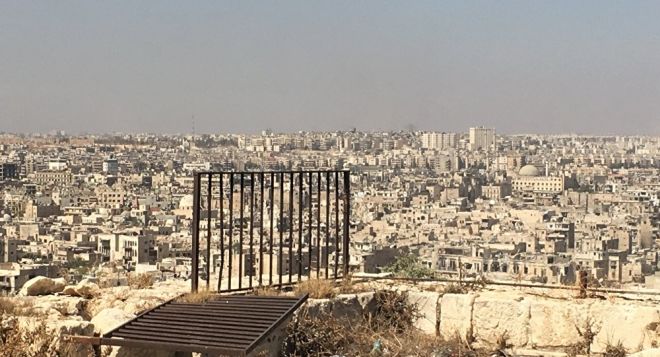 According to Al Watan Arabic daily, the army units are shelling the positions of jihadists in al-Rashidin 4 and al-Rashidin 5 neighborhoods in the western outskirts of Aleppo city.

Dozens of jihadists, as well as several armored and off-road vehicles equipped with heavy machine guns have been destroyed by the airstrikes.

According to media reports, the Syrian military command announced on Tuesday that the army units were deployed in nine key locations in the city and were waiting for an order to start a large-scale offensive in eastern districts, held by jihadists. On November 13, the Syrian army warned militants in besieged areas of eastern Aleppo to leave the area. Militants, however, rejected Damascus' ultimatum and refused to leave Aleppo despite the threat of high-precision attacks by the government forces.

Syria's civil war between government forces and opposition has been ongoing for over five years and has given rise to a number of terrorist groups, including the Jabhat Fatah Al-Sham, formerly known as Nusra Front, and the Islamic State, both of which are outlawed in a number of countries, including Russia. Aleppo became the focus of the fighting when joint US-Russian mediation efforts collapsed in September.