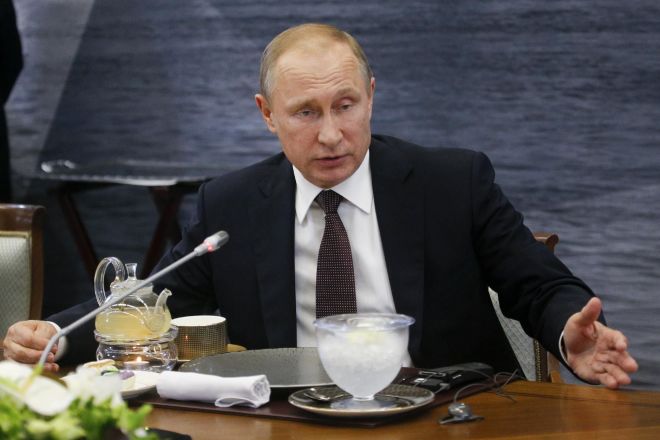 Putin, speaking to military leaders and arms makers in Sochi, said Friday that Russia, like other nations, is working on state-of-the art arms technologies, including laser, hypersonic and robotic weapons.

He didn’t mention specific weapons programs, but military officials have said Russia is developing new warheads for its ballistic missiles, which would be capable to make sharp maneuvers on their way to target to dodge the enemy defenses. The military also has been working on air-based laser weapons.

The Kremlin has continued a sweeping military modernization drive even as Russia’s economy entered a recession.