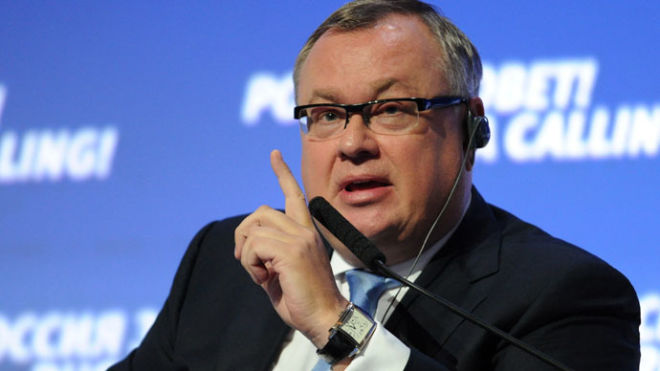 The plans for privatization of the Russian state assets will not be revised, VTB's CEO Andrei Kostin said in an interview with the Rossiya 24 television channel on Sunday.

"No, sure," he said in response to a question, if Russia will have to review privatization plans for 2016-2017 due to the circumstances at the Ministry of Economic Development, on work of which depends the privatization process.

Privatization plans are made by the government, he continued. "The thing is, in my opinion, today we are speaking rather about a partial selling of stock to fill the budget."

"I think, selling a packet, which still keeps the state control, be that Rosneft or VTB, is not really a privatization," he said. "This is something for future."

That would be reasonable "when the geopolitical situation is different, when the sanctions are lifted," he explained.