Protest held in front of Russian embassy in London 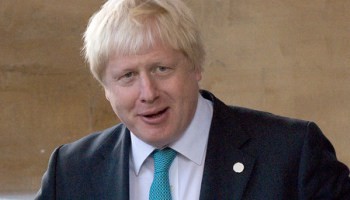 At least ten people wearing black t-shirts with "Save Aleppo" slogans on them took part in the gathering.

The first protest against the war in Syria took place Thursday outside Russia’s Embassy in London since UK Foreign Secretary Boris Johnson’s call for such demonstrations last month.

During an emergency parliamentary debate on October 11, Johnson said that he would "certainly like to see demonstrations outside the Russian embassy. Where is the Stop The War Coalition at the moment? Where are they?"

British political scientist, editor-in-chief and publisher of the Politics First magazine Marcus Papadopoulos told last month that it was extremely unprofessional of Johnson to say he supports the idea of demonstrations outside the Russian Embassy in London over Syria.

"Also we can say there are a lot of hostile people towards Russia living in London, they ranged from Ukrainian fascist to Muslims who are Islamists. Those sort of people potentially posed a security threats to Russian diplomats and their families. Something happens to Russian diplomat or to his wife, or to his children then Boris Johnson ultimately be responsible because he has encouraged hostilities towards to the Russian embassy and that must not be forgotten," Papadopoulos stressed.