Juncker warns European industry not to cut own Brexit deals 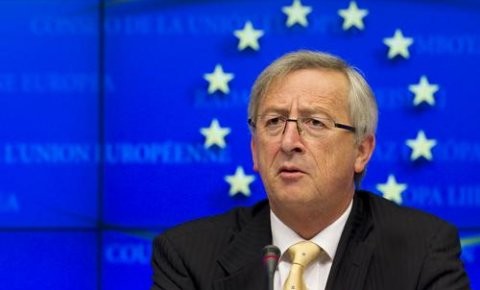 In an interview published on Saturday, Juncker said he had heard industrialists’ concerns in a meeting with French President Francois Holland and German Chancellor Angela Merkel but told them not to interfere in the negotiations.

"I take issue with the attempts in some countries, especially in industrial circles, to reach an agreement with the British for their sector before the other 27 (member states) have spoken," Juncker told Belgian newspaper Le Soir.

"I told them not to interfere in the debate because they will find me on their way: This is a negotiation between 27 and the United Kingdom."

Juncker’s comments appeared to be a warning to European firms after Japan’s Nissan <7201.T> agreed to build new models in Britain after reassurances from Prime Minister Theresa May that it would receive support to preserve its competitiveness in the EU market after Brexit.

The head of the EU executive also repeated what has become a mantra of "no negotiation without notification" for European leaders – that the EU will not so much as talk to the British until May formally triggers a two-year countdown to Brexit under Article 50 of the EU treaty.

May has pledge to do so by March next year.