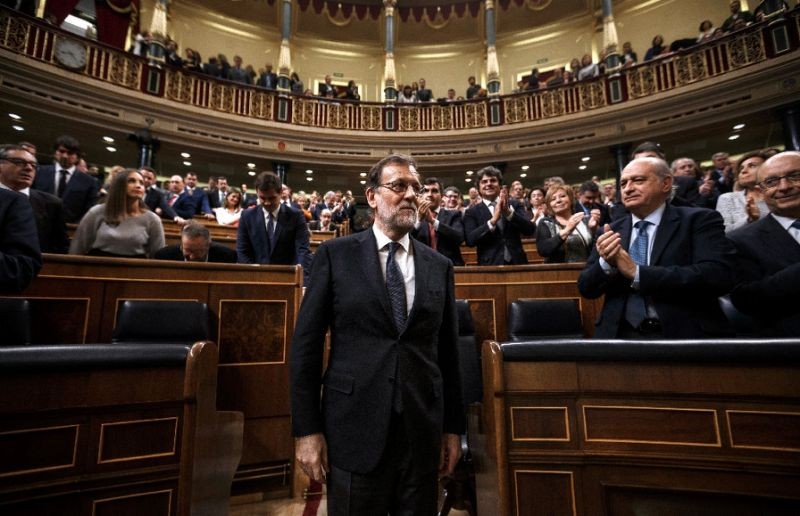 Political paralysis persists in Spain 10 days into the new minority government’s mandate as it has been unable even to convene urgent cross-party talks on a budget for next year.

Prime Minister Mariano Rajoy’s People’s Party (PP) and opposition newcomer Ciudadanos have yet to set a date on when to start talks on spending plans, even before presenting the draft for approval from a largely hostile parliament.

The laboured process of negotiating an initial draft, which could see the parliamentary vote on the budget delayed until January, shows how sclerotic policy-making has become in Spain’s new era of fragmented government.

"What you’re seeing with the budget is emblematic of the kinds of difficulties in passing legislation that we expect to see going forward," said Sarah Carlson, Senior Vice President of credit ratings agency Moody’s.

"The process of being able to assemble a majority of parliamentarians in order to be able to get pieces of legislation through – even something that happens on a recurrent basis like the budget – is going to be that much more difficult with a minority government."

Usually, the government’s annual spending limit is decided in July for the following year and the budget presented to parliament for approval in September. The months of delays could mean a loss of face for Spain, which only just escaped a fine from the European Commission this year for missing its 2015 deficit target, and has overshot it on other occasions.

Spain took 10 months to establish a government after two inconclusive general elections and several unsuccessful attempts to form a coalition in a country where the traditional bi-party system was shattered by new political parties that rose to appeal to a recession-battered electorate.

Rajoy received parliamentary approval for a second term on Oct. 29 thanks to the support of market-friendly Ciudadanos’s 32 votes, but has the weakest mandate in Spain’s modern history.

He is seven votes short of an absolute majority in the 350-strong Congress, meaning he must scrabble for approval from other opposition parties to push legislation through parliament. This is a far cry from Rajoy’s previous term where he easily passed laws thanks to an absolute majority.

The opposition Socialist PSOE and anti-austerity Podemos parties have said they are likely to vote against the PP-proposed spending plans.

Spain’s revised budget plan for 2017 will be a key part of efforts to convince Brussels it is doing enough to shrink the deficit.

The government needs to trim the deficit from a projected 3.6 percent of output next year to the 3.1 percent agreed with the European Commission to avoid fines or a freeze on funds it receives from the European Union.

It has already been granted another two years to bring the gap within the EU’s recommended goal of below 3 percent of economic output.