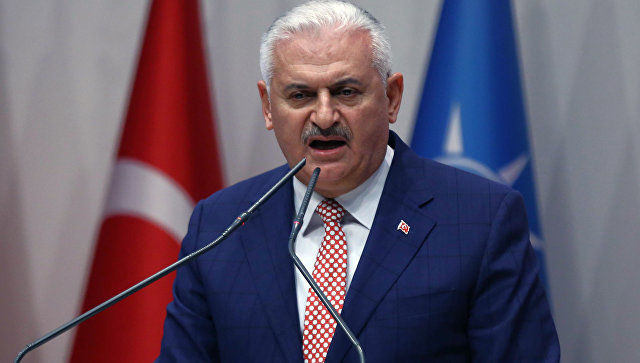 The ruling Justice and Development Party (AKP) and the Nationalist Movement Party (MHP) are continuing to discuss the content of the constitutional amendment on the government’s desired presidential system change, Prime Minister Binali Yıldırım has stated, adding that joint efforts have been accelerated in order to submit the text to parliament’s constitution committee this week.

“Our proposal will be discussed in detail at the parliamentary committee. Problems can be tackled by discussing. Everything has a solution. We are making efforts to bring the constitution to parliament this week, God willing,” Yıldırım said on Nov. 5.

The MHP and the AKP are continuing to negotiate both the content and the format of the text, he said.

“There are both technical and contextual discussions. But essentially the scope of the amendment is limited to regulating the relationship between the executive and legislative branches,” he added.

The prime minister said the schedule, which regulates when the amendment will come into force, will be certain when the text is finalized.

Yıldırım and MHP head Devlet Bahçeli had announced that the two parties had agreed on the constitutional amendment draft on Dec. 1, while adding that there are minor changes to tackle before submitting it to parliament.

The charter will be introduced to the parliamentary constitution committee and after evaluation of the commission is finalized the commission will submit the draft to parliament’s general assembly.

The voting process at the general assembly will have two stages. In the first stage, all articles will be discussed by lawmakers one by one, while voting will take place in the second stage after the discussions have concluded.

Some 330 lawmakers have to vote “yes” to bring a constitutional change to a referendum. With 316 seats in parliament, the AKP needs 14 additional votes and the MHP has 40 seats at parliament.