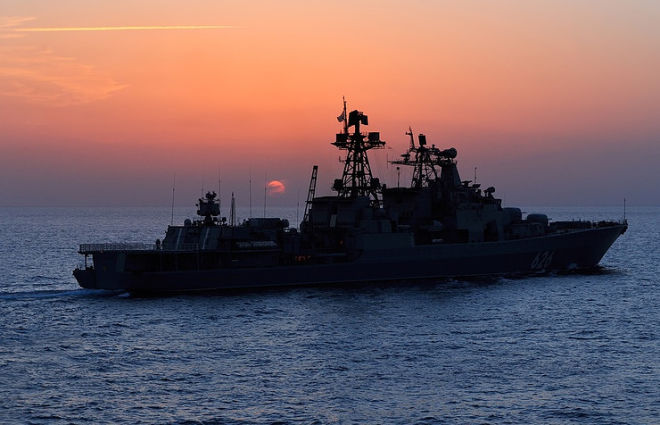 The Russian Northern Fleet’s large anti-submarine warfare ship Vice-Admiral Kulakov has passed the Strait of Dover, which is the narrowest part of the English Channel, to sail to the northeast Atlantic, the fleet’s press office reported on Tuesday.

The Vice-Admiral Kulakov completed performing missions as part of Russia’s permanent naval grouping in the Mediterranean on November 30. The ship’s crew provided assistance on November 24 to a Ukrainian fishing vessel in distress in the Mediterranean.
As the fleet’s press office reported, during its voyage in distant waters that started on October 15 with its departure from the Northern Fleet’s main base, the large anti-submarine warfare ship Vice-Admiral Kulakov covered a distance of over 12,000 nautical miles. The warship’s crew will continue performing missions in the northeast Atlantic in the imminent future in compliance with its voyage schedule.