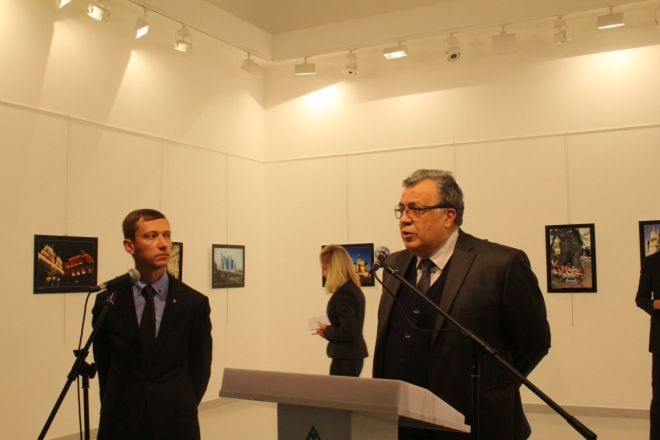 The Russian ambassador to Turkey has died after being shot in the capital city of Ankara, Russian news agencies report.

Axar.az informs, Andrey Karlov was shot in the back as he made a speech at a photo exhibit in the Turkish capital. The gunman reportedly shouted: "We die in Aleppo, you die here."

He was several minutes into a speech at the embassy-sponsored exhibition when a man wearing a suit and tie shouted "Allahu akbar" and fired at least eight shots, according to an AP photographer in the audience. Turkish police shot and killed the gunman, Turkey's NTV reported.

She said Russia was in contact with Turkish officials about the incident. Mr Karlov had represented Russia in the country since 2013.