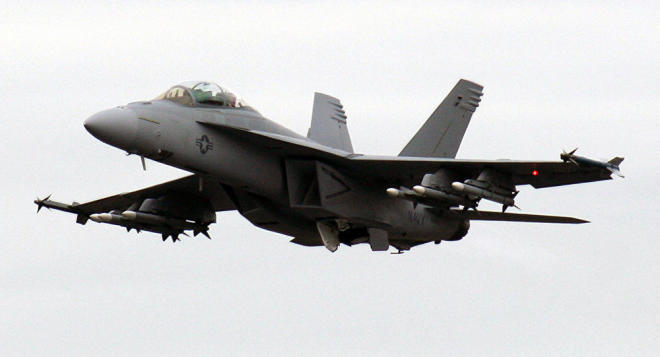 President-elect Donald Trump said in a statement on Thursday evening he has asked the airplane manufacturer Boeing to list a price for the F/A-18 Super Hornet combat aircraft due to high cost of Lockheed Martin’s F-35 fifth generation multirole jets.

The news comes after Trump met with the chief executives of two of the biggest US defense contractors, Boeing and Lockheed Martin, to discuss cost overruns for the F-35 fighter jet. "Based on the tremendous cost and cost overruns of the Lockheed Martin F-35, I have asked Boeing to price-out a comparable F-18 Super Hornet!" Trump stated in the message via Twitter on Thursday.

Lockheed Martin shares fell 1.7 percent after the Trump tweets about the F-35 and F-18 programs as Boeing shares climbed 0.6 percent.

Boeing’s major rival Lockheed Martin is under pressure for cost overruns on the F-35 multirole jet program, which Trump is threatening to scale back amid cost estimates of nearly $1.5 trillion over the program’s lifetime.