Do more than to just cry for Syria 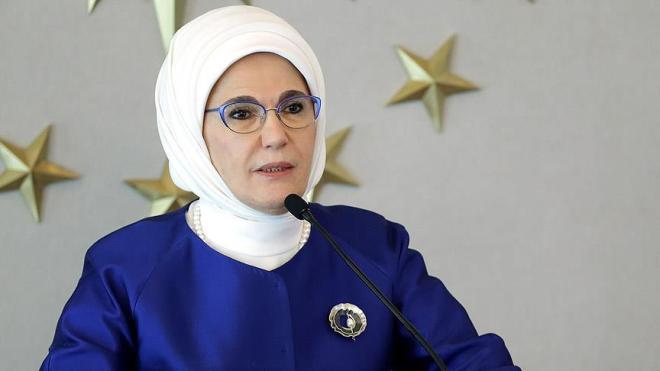 In a letter to wives of world leaders, Emine Erdogan says: 'Our hearts can’t take this pain anymore'

Turkey’s First Lady Emine Erdogan has called on the world community to do more than to just cry over the plight of women and children in Syria.

Axar.az reports that, In a letter addressed to the wives of world leaders, Erdogan said: “We are in a stage where we must do more than to just cry for Syria. I invite women of the world to take action for Syrian women and children who are stranded to death without food, water and medical aid.”

According to the Turkish presidency’s press center on Monday, the letter quoted the first lady as saying: “More than 600,000 people have been killed in the past five years. Seven million were abandoned from their homes and 5 million had to leave their country.

About Turkey’s efforts for Syria, she said: “We are hosting three million people who fled the war and conflict. We couldn’t stand idle by the drama in Aleppo.

In the end, she said: “I believe with all my heart that you will contribute to mobilize the international community in this regard.

“We can open the way to construct a safe, peaceful and prosperous world only if we manage to act together. Hereby, I offer my sincere friendship wishes in the name of me and my country; I wish that 2017 will bring peace and happiness to all mankind.”