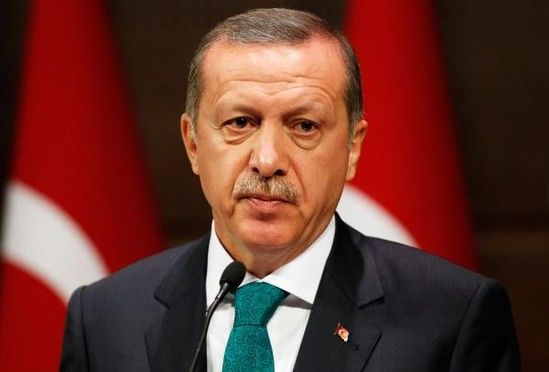 President Recep Tayyip Erdogan said Thursday that the upcoming Astana meeting between the regime of Bashar al-Assad and the Syrian opposition over peace in war-torn Syria would not substitute the Geneva peace talks.

“The Astana meeting will be complementary and supportive rather than substitute for the Geneva process,” Recep Tayyip Erdogan told reporters in Ankara in a joint press meeting with President of Kosovo, Hashim Thaci.

The upcoming meeting in Astana, Kazakhstan, where representatives of warring sides in Syria will meet under Turkey and Russia’s guidance, is part of efforts between Turkey and Russia to launch a political process in Syria.

A number of the UN-led talks in Geneva in an attempt to bring peace to war-torn Syria have achieved no success.

Earlier today, the Turkish Foreign Ministry announced that the parties in Syria have agreed to a nationwide cease-fire scheduled to start on Dec. 30 at 12 midnight local time (2200GMT).

“I would like to thank all those who supported the cease-fire process, especially my precious friend [Vladimir] Putin,” Erdogan said.

“As Turkey, we will continue to make every effort to ensure the peace, stability of our region and Syria,” Erdogan said.

Erdogan stated that the parties in Syria were committed to stopping armed attacks including aerial and not to extend regions under their control.

Erdogan added that the cease-fire did not apply to terrorist groups listed by the UN Security Council.

“We will continue to fight with the same determination against particularly Daesh until Turkish citizens' security is fully guaranteed,” Erdogan said.