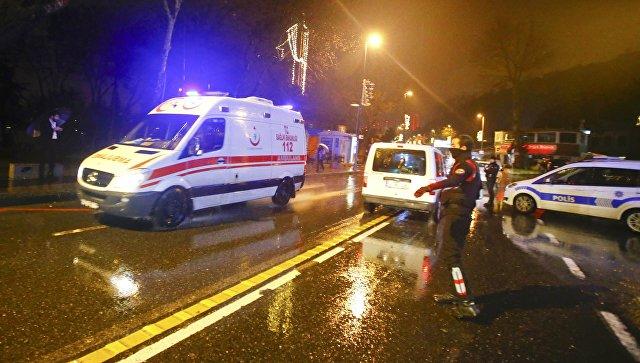 At least 39 people, including 16 foreigners, have died in an attack on a nightclub in Istanbul, Turkey's interior minister has said.

Suleyman Soylu also revealed police were still hunting for the "terrorist" who attacked the Reina nightclub at about 01:30 local time (22:30 GMT).

For hours after the attack the authorities had said nothing about the whereabouts of the assailant.

Another 69 people were being treated in hospital, the minister added.

"The search for the terrorist continues... I hope (the attacker) will be captured quickly, God willing," Mr Soylu said.

The Turkish authorities have imposed a media blackout on coverage of the attack, but it does not extend to official statements.