Tried to carry immigrant in suitcase, got arrested 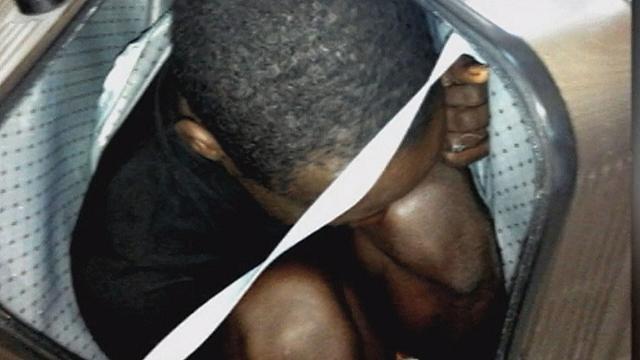 Spanish police have released a photograph of a young African man found hidden in a woman’s suitcase.

The 19-year-old was treated by medics after suffering from for a shortage or oxygen.

A Moroccan woman was arrested for attempting to smuggle the young immigrant across the border into Spain’s North African enclave of Ceuta.

There are thousands of sub-Saharan Africans living illegally in Morocco, who try to use the enclave as a way of reaching Europe.

On January 1 over a thousand immigrants stormed the 6m border fence separating Ceuta from Morocco.
Fifty Moroccan and five Spanish border guards were injured in the incident.