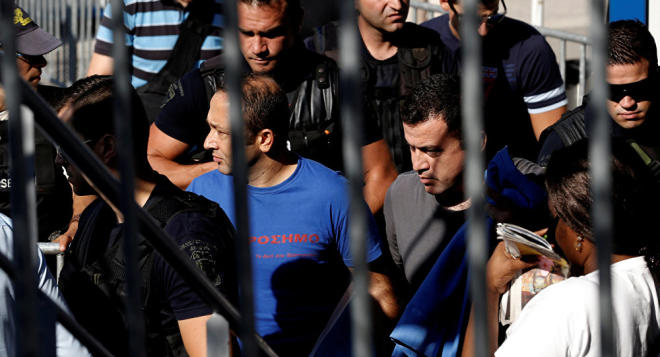 Greece's Supreme Court is expected to deliver a verdict on extradition of Turkish nationals suspected of having ties to the July foiled coup in Turkey, who seek asylum in the Balkan state.

The court is expected to consider the appeals against the deportation of officers to Turkey on January 10, 11 and 13, instead of a joint hearing, the Ekathimerini.com news portal reported.

On July 15, a military coup attempt took place in Turkey. Ankara accused Islamic preacher Fethullah Gulen, who has been living in the US state of Pennsylvania since 1999, and his followers of playing a key role in the coup. Since July, Turkey has arrested hundreds of military personnel, activists and journalists on suspicion of links with Gulen. On July 16, a group of eight Turkish servicemen fled the country heading their helicopters to Greece's city of Alexandroupolis. In December, Greek courts decided to extradite three of eight servicemen, however the Turkish Foreign Ministry said that it had expected that Athens would send to Turkey all eight people.