2 UN peacekeepers have been killed 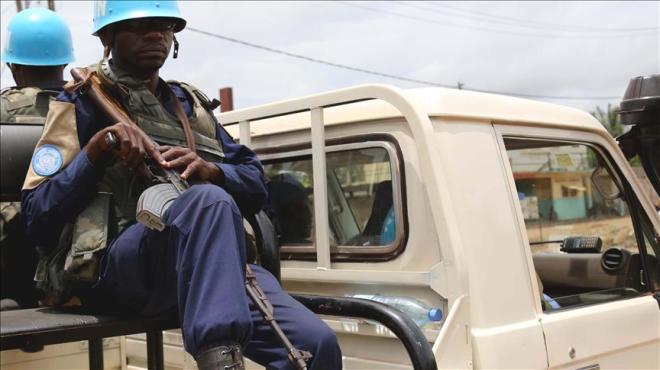 Two Moroccan peacekeepers serving under the United Nations in the troubled Central African Republic (CAR) have been killed, the UN mission confirmed Wednesday.

Axar.az reports that, the U.N Peacekeeping Mission in CAR (MINUSCA) said in a statement Wednesday that the peacekeepers were ambushed on Tuesday as they escorted a convoy of trucks transporting fuel from the town of Zemio to Obo.

“Two peacekeepers lost their lives, while two others were injured and received appropriate care,” MINUSCA said.

Perfect Onanga-Anyanga, Special Representative of the Secretary-General in CAR, condemned the incident saying “every effort will be made to track down perpetrators of the attack so they can be brought to justice."

The diplomat further warned that no claim can justify that individuals direct their grievances against peacekeepers whose presence in the country is to help end violence.

"Harming the life of a peacekeeper can be considered a war crime and subject to prosecution,” he said.

The United Nations Multidimensional Integrated Stabilization Mission in the Central African Republic also known as MINUSCA, was established in 2014 and has 13,000 peacekeepers on the ground.