38 IS terrorists killed by Turkish forces 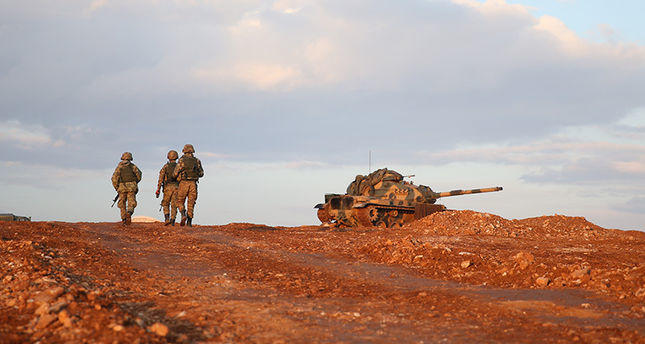 At least 38 ISIS terrorists including a senior figure, have been killed by Turkish forces in the counter-terror operation against ISIS in Syria's al-Bab as part of Operation Euphrates Shield by Turkey-backed Free Syrian Army Forces (FSA), the military said Thursday.

74 other ISIS targets which include shelters, defensive position, armored vehicles and command-control centers, were destroyed by the Turkish army in the 135th day of the operation, the statement said.

Turkish army with FSA fighters have been carrying out the counter-terror operation against ISIS within Syrian borders in the aim of liberating Syrian towns from terrorist elements since late August.

Recently, the operation has been advancing through the northern Aleppo town of al-Bab which is one of the strategic area for the ISIS terror group.