One turkish soldier died in Syria 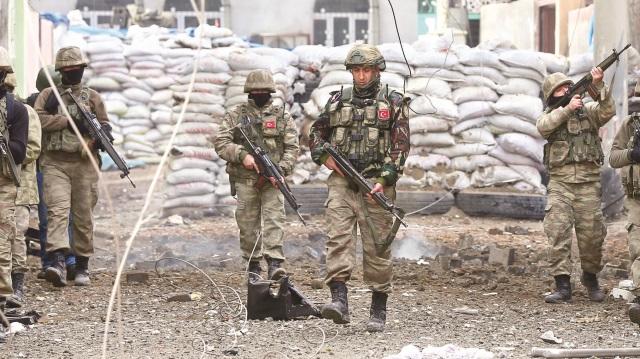 One Turkish soldier has been killed in clashes with the Islamic State of Iraq and the Levant (ISIL) in Syria's al-Bab as part of Turkey's ongoing Euphrates Shield Operation, while 37 ISIL militants were killed in Turkish airstrikes, the Turkish military said in a statement on Jan. 7.

Axar.az reports that, the killed soldier was a sergeant and was part of the Turkish forces to capture al-Bab from ISIL, along with Ankara-backed Free Syrian Army (FSA).

The sergeant died in an ISIL attack on Jan. 7, the statement said.