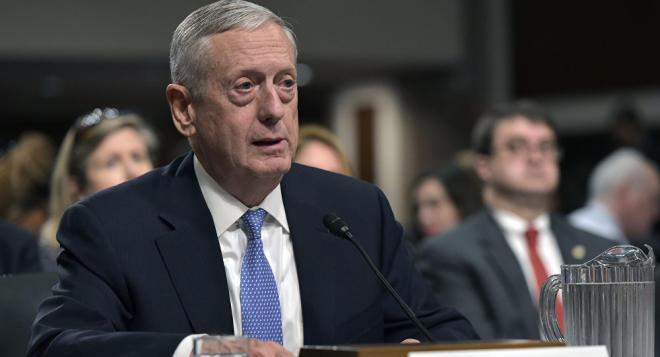 Retired Marine Corps. General James Mattis, Donald Trump's pick to lead the Defense Department, said during his Senate confirmation hearing on Thursday that the current world order is "under the biggest attack since World War II."

Axar.az reports that, "That's from Russia, from terrorist groups, and with what China is doing in the South China Sea," Mattis replied when asked by Arizona Sen. John McCain what he thought about the current world order.

Mattis was grilled by McCain — a Russia hawk and chairman of the Senate Armed Services Committee — about how he thinks the US should deal with Russia and its president, Vladimir Putin.

"Putin will never be our partner, including in fighting ISIL. He believes that strengthening Russia means weakening America," McCain said. "We must proceed realistically on this basis."

Mattis replied that, while "history is not a straitjacket," he had "never found a better guide for the way ahead than studying the history."

"Since Yalta, we have a long list of times that we've tried to engage positively with Russia," Mattis said. "We have a relatively short list of successes in that regard."