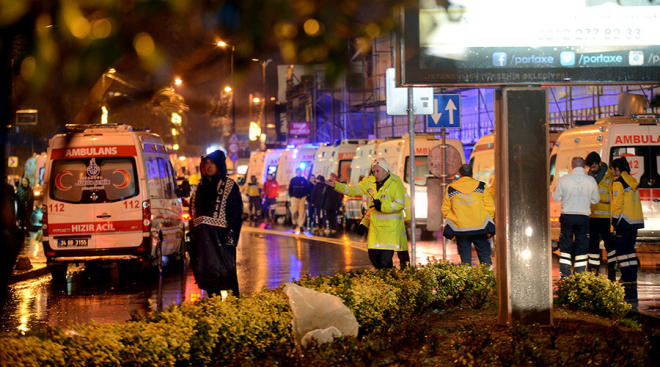 Turkish police have detained two suspected accomplices of the terrorist who killed 39 people on New Year’s Eve at a nightclub in Istanbul, Sputnik reports.

Axar.az reports that, the detainees were taken to an Istanbul court, according to Haberturk newspaper. The Reina nightclub was attacked during New Year celebrations by a man carrying a Kalashnikov assault rifle. At least 20 foreigners were among those killed, and almost 70 were injured. Islamic State (IS, formerly ISIS/ISIL) has claimed responsibility for the attack.