142 years of jail for HDP members 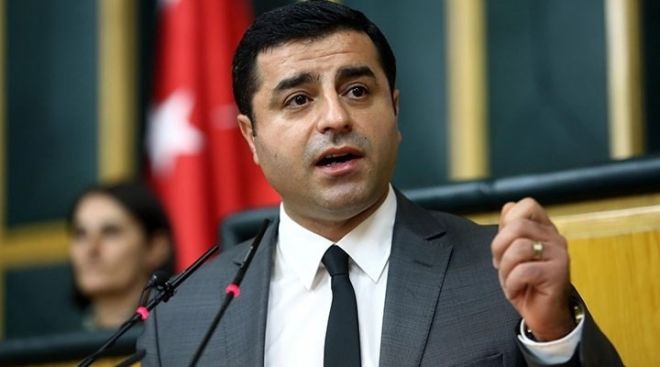 Turkish prosecutor demanded up to 142 years imprisonment for the opposition People’s Democratic Party (HDP) co-chair on charges of disrupting the unity and territorial integrity of the state and spreading terrorist propaganda, judicial sources said on Tuesday.

Selahattin Demirtas and Figen Yuksekdag --co-leaders of the party-- were detained along with other HDP deputies last year under counter-terrorism investigation.

The Diyarbakır Public Prosecutor’s office—which ran an anti-terror investigation and prepared the indictment-- sought up to 142 years in prison for Demirtas and 83 years for Yuksekdag, the sources said, speaking on condition of anonymity due to restriction on speaking to the media.

Demirtas was accused of governing a terrorist organization, conducting terror propaganda and influencing people to violate laws and inciting to commit crime.

The prosecutors filed the same charges against Yuksekdag, in addition to being a member of an armed organization, stemming from an October 2015 campaign speech in which she reportedly referred to slain PKK terrorists as martyrs.