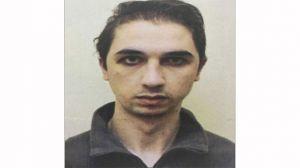 Axar.az reports that, police launched an operation in the Muratli district of the northwestern Tekirdag province to find the terrorist, who allegedly carried out the attacks on the provincial police headquarters and the ruling Justice and Development (AK) Party headquarters. He was on the Interior Ministry's wanted list.

Earlier on Sunday, a man also suspected of being involved in Friday's twin rocket attacks in Istanbul was apprehended during a police operation, a security source said.

Serif T., reportedly a member of the ultra-left Revolutionary People's Liberation Party-Front (DHKP-C), was arrested in the Tekirdag province, the source said on condition of anonymity due to restrictions on talking to the media.

On Saturday, security forces raided 15 locations across Istanbul, and arrested five people over suspected links to the attackers.

Istanbul Governor Vasip Sahin said on Twitter late Friday that no one was injured in the attack on the police headquarters and that an investigation had been launched.

He told reporters later on Friday that the rocket had pierced the wall of the building but did not explode, and pointed to the potential involvement of the ultra-left DHKP-C.

He also said two assailants were involved in the attack.