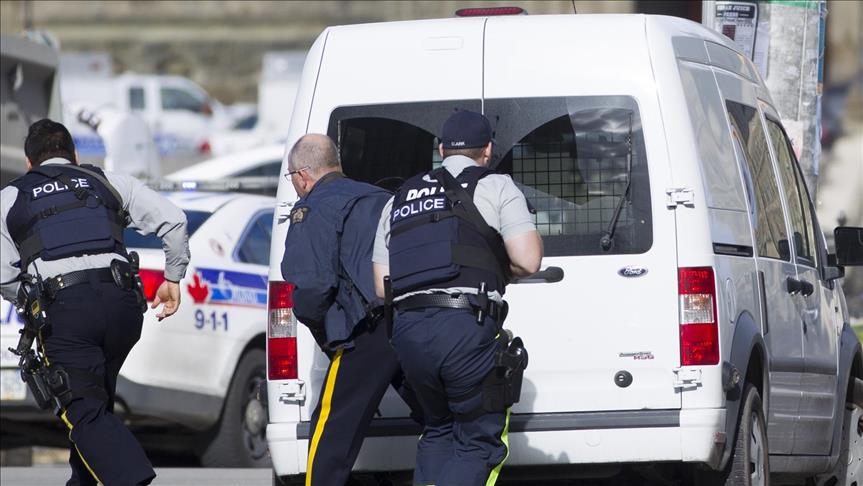 Axar.az reports that, investigators with Montreal police, canine and swat teams, nabbed the unnamed 47-year-old suspect at an apartment in the Cote-des-Neiges neighborhood in Montreal, the Canadian Broadcasting Corporation (CBC). reported.

The arrest follows the bomb threat made by letter and forwarded to several media outlets Wednesday, which forced the evacuation of three buildings of the university in downtown Montreal.

Classes were cancelled for several hundred students as police searched the buildings but no bombs were found. Classes resumed about 6 p.m. Wednesday.

The suspect is not known to police and it was is too early to tell if he had any links to the university, investigators said.

Police searched his apartment for five hours but found no evidence of explosive devices, the CBC reported.

The letter, from a group calling itself the Council of Conservative Citizens of Canada, said everything had changed since the election of U.S. President Donald Trump and the group demanded Friday prayers for Muslim students be stopped.

Philippe Couillard, the premier of Quebec, called the letter “reprehensible,” according to the Toronto Star newespaper.

Aouatif Zebiri, who is a member of the Muslim Students’ Association and attends Concordia, told the CBC she would not immediately enter the three buildings targeted by the bomb threat, but nevertheless she generally feels safe at the university.