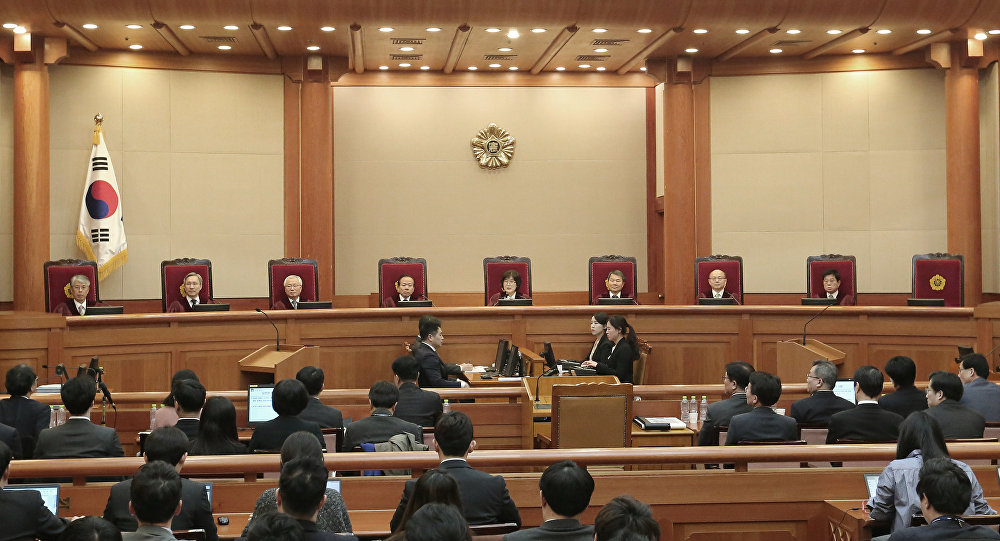 The government of South Korea will announce the date for an early presidential election following the impeachment of President Park Geun-hye, not later than March 17, local media reported Sunday citing a source from the prime minister’s office.

Axar.az reports that according to the law, the election must be held within 60 days after the Constitutional Court Friday's unanimous ruling to uphold the impeachment of Park.

"The election date will be announced no later than March 17, before the mandatory deadline of March 20," the source told Yonhap news agency.

A political scandal around the South Korean president broke out in late October 2016, when media reported that Park had allowed her close associate Choi Soon-sil, who did not hold any official post, to get involved in state affairs. Park allegedly extorted money from various corporations, including Samsung, with the assistance of Choi, who is currently under arrest.