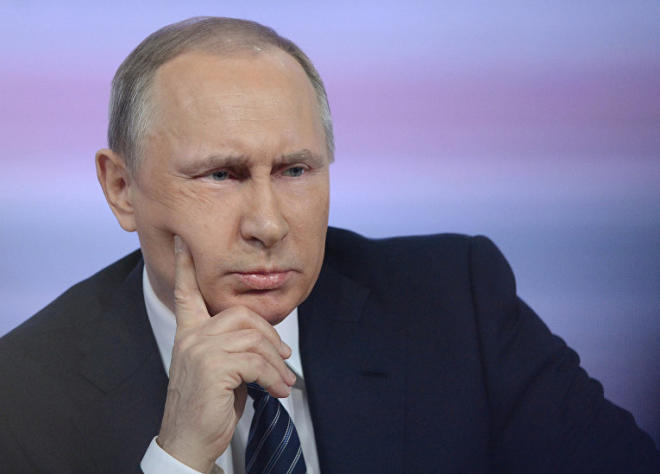 As the drama over Attorney General Jeff Sessions plays out in Washington, the Kremlin is watching with a mixture of frustration and regret how the uproar is blocking progress on pressing issues on the U.S.-Russian agenda.

Axar.az reports that, despite the dashed hopes for a quick thaw, however, Moscow is voicing its readiness to wait as long as it takes.

Donald Trump had come into office expressing admiration for Russian President Vladimir Putin and hoping to mend ties with Moscow, which have sunk to the lowest point since the Cold War over the Ukrainian crisis, the war in Syria and other disputes.

But the allegations by U.S. intelligence agencies of Russian meddling in the election to help Trump defeat Hillary Clinton will likely continue to weigh over his administration and prevent it from launching a meaningful dialogue with the Kremlin any time soon.

In a conference call with reporters, Putin's spokesman Dmitry Peskov lamented the lack of cooperation with Washington on Syria beyond the U.S. diplomatic presence at peace talks in Kazakhstan's capital of Astana that Russia and Turkey brokered earlier this year.

"Similarly, there has been no movement forward regarding cooperation in the fight against terrorism, which causes regret," he said.

Trump has repeatedly talked of cooperating with Russia in fighting the Islamic State group in Syria. The administration of former President Barack Obama had ruled out such cooperation because of Moscow's support for its longtime ally, Syrian President Bashar Assad.

"Without waiting for these contacts to start, Russia has been consistently contributing to the fight against terrorism and scoring results," Peskov said, pointing to the Russian military's role in driving the Islamic State group from the historic Syrian town of Palmyra.