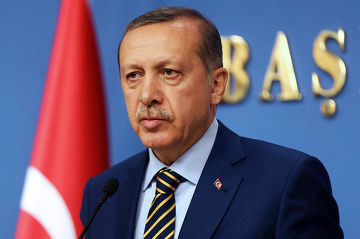 Axar.az reports that "Each deputy represents 103.000 citizens in Turkey, we want to increase the representation of our citizens," Erdogan said, touching upon the fact that the new system envisions 600 deputies instead of 550.

Speaking to A Haber TV channel, Erdogan criticized those who want to misinform people about the new proposal, saying the president will have to bear more responsibilities.

"In the new system, if the president decides to renew parliamentary elections, he/she will risk his/her post and go to elections," he added.

"The president will only serve two terms, he/she won't be able to run for a third term."