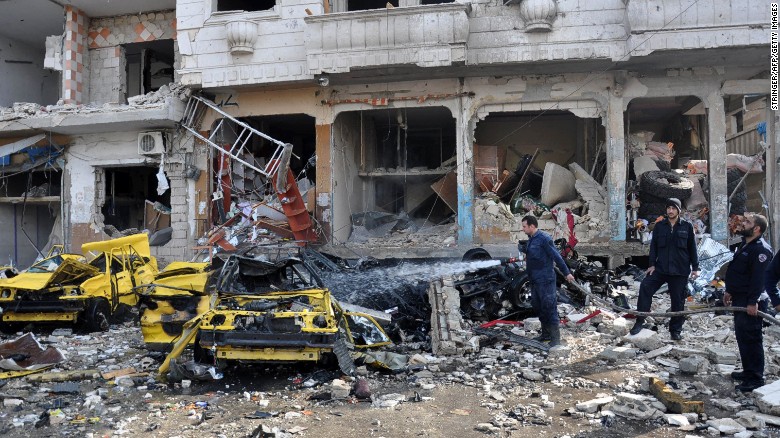 A blast on a bus in Syria's Homs on Tuesday killed one person and injured two others, a witness told Reuters.

Syrian state news agency SANA reported that what it called terrorists were behind the blast in the Wadi al-Dhahb district in the southeast of the city. The Syrian Observatory for Human Rights, a Britain-based war monitor, also said there were casualties.

The explosion follows a coordinated attack by jihadist insurgents in Homs city center last month that killed scores including a senior security official, and an agreement on Monday for rebels to leave their last enclave in the city.

The attack in Homs on Feb. 25 was carried out by Tahrir al-Sham, a jihadist alliance whose main group is Fateh al-Sham, the former al Qaeda offshoot in Syria.

The same group also said it was behind a double suicide bombing in Damascus on Saturday that killed dozens of people, mostly Shi'ite Muslim pilgrims.

Analysts who follow Syria have predicted that as rebels fighting to oust President Bashar al-Assad suffer military reverses they will increasingly turn to guerrilla attacks in territory controlled by the government.