4 Chechnya residents get jail for trying to join IS 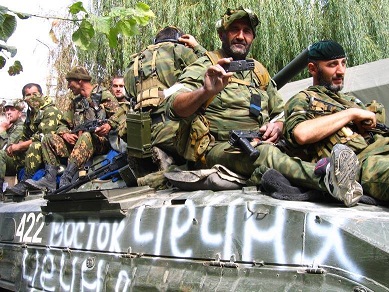 The North Caucasus District Military Court in the southern Russian city of Rostov-on-Don has sentenced for residents of Chechnya to prison terms for an attempt to join the Islamic State terrorist group, outlawed in Russia, a court spokesperson told.

"According to the verdict, Shamil Suleimanov was sentenced to four years behind bars, the Ilaldayev brothers - to two years and three months, Imam Yusupov - to two years. They will serve their sentence in a general security prison," the spokesperson said.

Shamil Suleimanov was detained in the Mineralnye Vody airport on October 1, 2014 while trying to leave for Turkey. According to the court, Suleimanov has been seeking to join the Islamic State since 2012. He has maintained regular contact with the terrorist organization’s members.

"Besides, Suleimanov undertook to recruit other people for terrorist activities. He recruited other defendants for the terrorist organization’s operations, and they pledged to fulfill all the instructions that they would obtain from Suleimanov. Acting with the help of his accomplices, Suleimanov cashed in the money that he had received from IS members," the spokesperson said.
Other suspects were detained on July 4, 2016, and pleaded guilty to all charges.