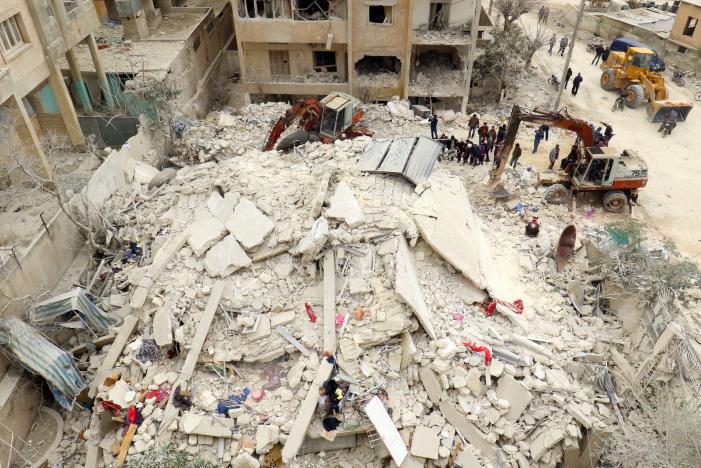 The Britain-based Syrian Observatory for Human Rights said planes, believed to be Russian, struck the northwestern city of Idlib and the town of Maarat Misrin in the countryside.