Trade war likely between EU, US 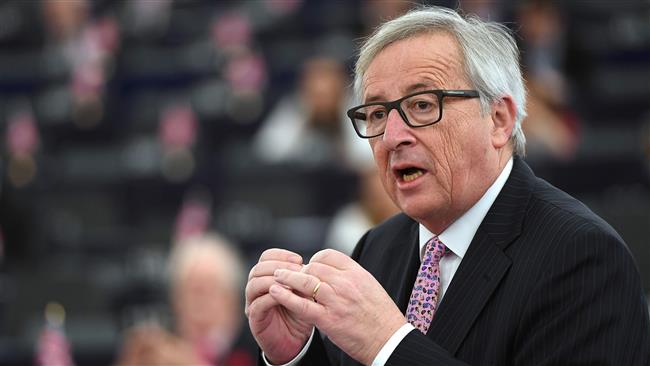 European Commission chief Jean-Claude Juncker has warned of a trade war between the European Union (EU) and the United States.

Axar.az reports that in an interview with the German Bild am Sonntag newspaper on Saturday, Juncker added, however, that such a conflict would be in neither side’s interest.

The EU official added that relations between Washington and Brussels “have entered a sort of a estrangement,” also calling on the bloc to take US President Donald Trump’s “protectionist rhetoric” seriously and take preparatory action.

Trump threatened last month to impose a 35-percent border tax on German car imports as part of a strategy to presumably transfer industrial jobs to the US.

The German paper argued in a report that Washington could impose tariffs on European products, thus provoking the EU to impose its own punitive tariffs on US goods and effectively igniting a trade war.

The US president has withdrawn US membership in the Transatlantic Trade and Investment Partnership (TTIP).

Elsewhere in his interview, Juncker said the fact that Trump encouraged other EU member states to follow in Britain’s footstep to leave the bloc indicated his “uncanny approach” toward the European body.

He also blamed Trump for damaging bilateral relations between Washington and Brussels, stressing that Europe should hold intensive negotiations to address Trump’s approach.